Prof.  Zamir from the Hebrew University is The 2020 Israel Prize Winner for Agricultural 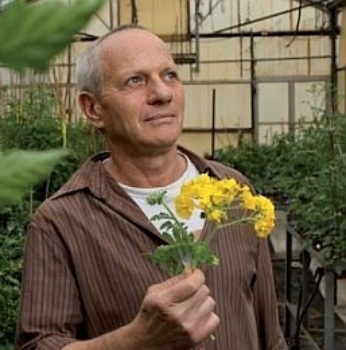 The Israeli Ministry of Education announced that Prof. Dani Zamir from the Hebrew University’s Robert H. Smith faculty of agriculture, food and environment is the laureate of the Israel prize for agricultural research and environmental science. The prize committee praised Prof. Zamir as a leader in his field: “He is internationally recognized and involved in international cooperative ventures. He has contributed and continues to contribute to Israeli and global agriculture.”

Twenty years ago, Prof. Zamir founded A.B. Seeds, which together with the Hebrew university’s technology transfer company, Yissum, developed one of the leading species of tomatoes grown in California. A.B. Seeds was sold in 2008 to De Ruiter, and subsequently purchased by Monsanto, with the Israeli branch becoming Monsanto's Vegetable Seeds Division. Ten years ago, he and his student, Yaniv Semel, set up a company that applies computational methods to genetic cultivation. Zamir has won numerous research grants, among them, several BARD research grants.

Zamir’s BARD funded projects were in collaboration with Prof. Steven Tanksley of Cornell’s College of Agriculture and Life Sciences.  Together they developed innovative tools for genetic cultivation which revolutionized the breeding industry.  They found the loci of positive genetic traits in wild tomato species and used map-based cloning to graft these traits onto processed tomatoes. Their research led to the development of drought and salinity tolerant, and disease resistant, tomato varieties which are cultivated throughout the world. Today, the tomato species that were developed by these researchers account for 14% of the California market for canned tomatoes and tomato ketchup.

Prof. Yoram Kapulnik BARD’s Executive Director: “Prof. Zamir’s impressive work using innovative tools for genetic cultivation have made a true impact in his field. We are proud that his work has won such important recognition”.

BARD- the U.S-Israel Binational Agricultural Research and Development Fund, established in 1979, is a competitive funding program that supports collaborative agricultural research in areas of mutual interest to the U.S and Israel. BARD has funded outstanding agricultural science activities by leading researchers from the two countries. Its projects cover all phases of agricultural research and development, including integrated projects and strategic and applied research.